The Best way to discover Nepal

Nepal with her geography of mountains, hills & plains can be best seen by traveling on the roads. The hilltops doted with villages, small brooks and ranging rivers can be best appreciated by traveling over land. Unfortunately transportation in Nepal had not been geared keeping the needs of tourist in mind. Greenline came into being for this purpose. To provide for tourist visiting Nepal a safe convenient and affordable mode of road transportation. Greenline was born 10000 feet in the air. It was a vision shared by five men. Men who were experts in their own field. Some were hoteliers while others restauranteurs and Airlines personnel. They believed that Nepal with her unique geography needed a bus service geared especially to meet the needs of the tourists. Bus services, which would suit the timings of the tourist, services which are up to international standards and safety. A company which would be recognized internationally for providing good and affordable means of transportation so as to leave a good and wonderful memory for departing tourists of the beautiful countryside of Nepal. 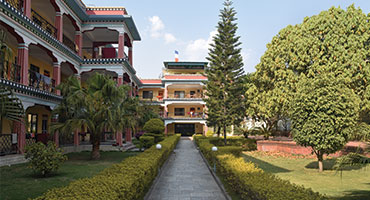 Discover the stupas of Boudhnath and Swayambhunath in Kathmandu, visit the National Park of Chitwan, enjoy panoramic views of the Himalayan peaks from Pokhara in the Annapurna area and take the chance to view the immensity of Everest from a special ‘mountain’ flight. 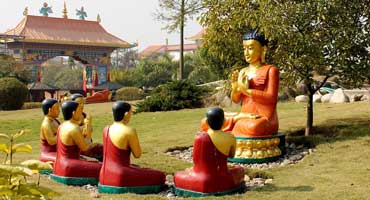 The architectural heritage retains its old world charm, notwithstanding 2015’s earthquake which damaged some temples and palaces, and, whilst synthesising Chinese and Indian influence. The friendliness, cheerfulness and welcoming nature of the Nepalese is legendary.

Trekking in The Himalayas 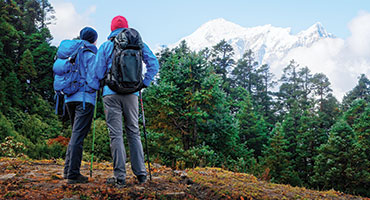 Trekking in The Himalayas has always been a big dream of mine, and actually doing it was everything i hoped for and more! Mahesh was a great guide, told me about the villages we were pasing, the culture, etc. There is so much to know, all so fascinating and Mahesh has a great knowledge.

The word “Shangri La” appeared for the first time in the novel “Lost Horizon” by James Hilton. Perhaps Shangri La is assumed to be a place in the Himalayas, which everybody can find. An abode of peace, inner tranquility and eternal bliss-Nepal. Dreamland for tourists ! The mountains, the culture, the people, everything is almost fantasy like in this kind. In recent years this is even more so, since more and more of Nepal’s hitherto forbidden regions of the wide ranging and desolate Himalayas were opened up to tourist. Regions that were previously penetrated only by adventures disguised as natives. But they are left behind many dreams. To pitch camp at the foot of the soaring Dhaulagiri, Lamjung Himal and the Annapurnas. Or the greatest of them all, Everest. To penetrate the deep gorges and cross or raft the swirling rivers. To encounter and frightening beings who ruled over the external snows – at the top of the mountains, the abode of the gods, where no mortal might trad unpunished. In addition to all this, however the Himalayas were the home of the hidden, peaceful valleys where good people live, eternally youthful, forever warm and smiling, in perfect harmony with one another.

Nepal is also the perfect destination to fully enjoy many fantastic activities.

Dishes and Food Of Nepal

Nepal is landlocked by India on three sides and China’s Tibet Autonomous Region to the north. West Bengal’s narrow Siliguri Corridor or Chicken’s Neck separate Nepal and Bangladesh. To the east are Inde and Bhutan. Nepal depends on India for goods transport facilities and access to the sea, even for most goods imported from China. For a small country, Nepal has tremendous geographic diversity. It rises from as low as 59 metres (194 ft) elevation in the tropical Terai—the northern rim of the Gangetic Plain, beyond the perpetual snow line to some 90 peaks over 7,000 metres (22,966 ft) including Earth’s highest 8,848 metres (29,029 ft) Mount Everest or Sagarmatha. In addition to the continuum from tropical warmth to cold comparable to polar regions, average annual precipitation varies from as little as 160 millimetres (6.3 in) in the rainshadow north of the Himalaya to as much as 5,500 millimetres (216.5 in) on windward slopes 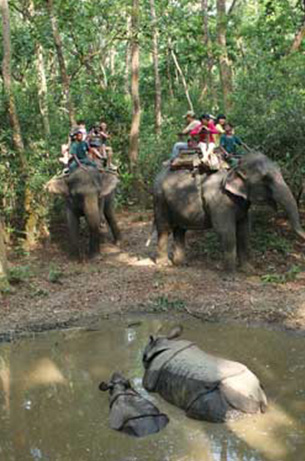 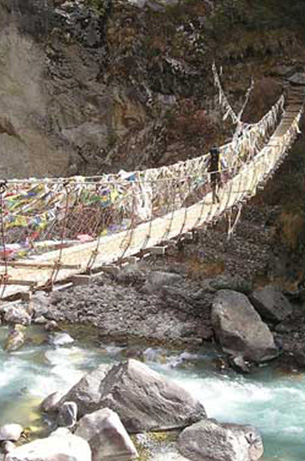